Sunday was a day to remember for our big guy, as he went on his first pumpkin hunt. We drove for almost an hour to reach a run down farm, that was advertised as "spectacular". We found nothing that we were looking for, but managed some adorable photos and yummy apple cider! We decided that the little pumpkin stand down the road from the house was a much better idea (and it was), as we found so many awesome pumpkins. There were so many there I was almost afraid Christopher would never choose just one.

After going through the ENTIRE pumpkin patch (some 200 pumpkins), Christopher started for what seemed to be another walk-through. This time around however, he stopped halfway through and did a dance of sorts. He had found his pumpkin, which by the way is HALF his size (and he's no small pumpkin himself)! We took a few more pictures with his fabulous choice in pumpkins, and headed home for a much needed nap. Rescue even got his picture taken with a wee little "pupkin"! 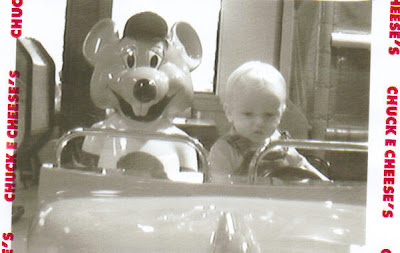 It really is a great place to be a kid. Christopher got to go for the first time today, and he had a lot of fun. There weren't very naby things for him to do, but he enjoyed the hundreds of other kids running arround. Jacob and Savannah went as well and had just as much fun, if not more. These are a few pictures that were taken while we were there. 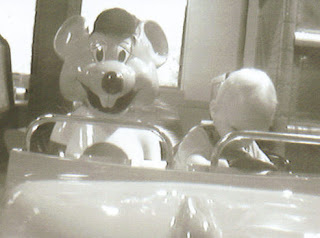 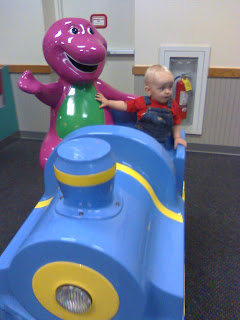 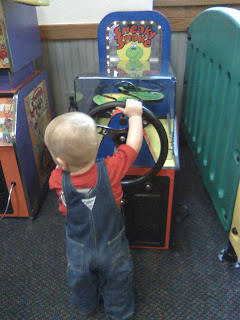 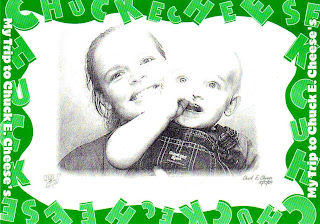 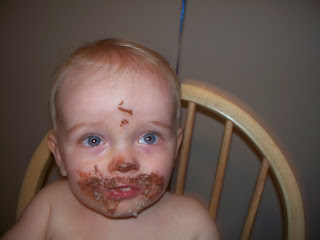 ...To my big guy! It has come and gone, Christopher turned the big number one day! I did amazingly well with keeping the flood works down, but struggled a little when watching tonight.

His party was a hit. Well at least in my eyes! His theme was Mod Monkeys, and was ADORABLE!!! I made a cake for the first time that wasn't square and required actual work. He had his best buddy Mikail there, and his cousin Aiden. There were a bunch 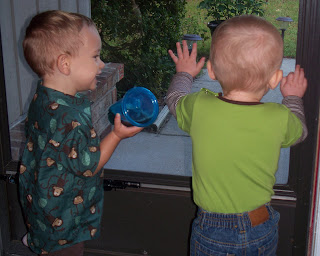 of our friends, and our family who drove down to visit from Ohio. There was WAY to much food, but at least we didn't run out. He didn't care too much about opening presents, but he loved his cupcake :)
Mimi and Gandpaw (and yes it's not GRANDPAW) were here for a few days to visit before hand. We wish they could have stayed longer, but we understand the time constraints and wanting to spend time with Mike, Kim, and Aiden. We can't wait to visit with them again soon, and maybe by then 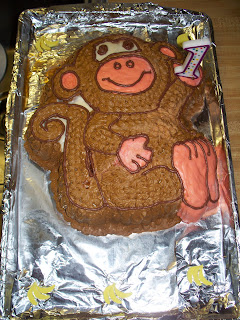 Christopher will be running through the house and yard. 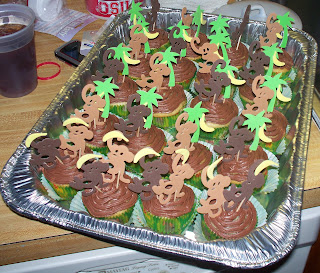